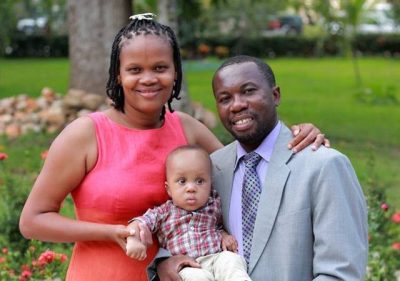 Vice-President for Enrollment and Advancement & Professor of Christian Ministries

Lucner Pierre and his wife, Luna, have four children: Victoria, Victory, Victor, and Victorain. Lucner has been serving at different offices at Emmaus since 2006. He entered Emmaus Biblical Seminary as a student in 2003. When the librarian of the seminary left, he was trained and became the official EBS librarian in 2006 even though he was a student. After his graduation in 2007, he was appointed translator for the visiting professors, and Dean of men of the seminary. He became the director of discipline of the seminary in 2010, and the Academic Dean in 2011. He served in that office for several years until he became the Vice-President of Enrollment and Advancement in 2019. Dr. Pierre also teaches several courses mostly related to Haitian culture and the Christian worldview.