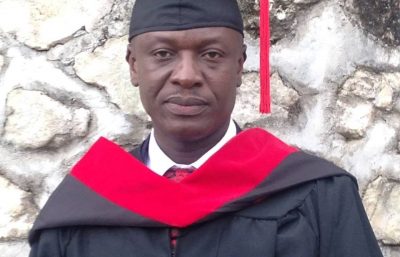 Elizé Alphonse and his wife Eliane have five children: Elise, Enock, Emmanuel, Ezéchiel, and Esaie. Elizé serves as the Pastor of Evangelical Baptist Church of Unity in Cap-Haitian, Haiti. Elizé’s ministry at Emmaus began in 2002 as professor of secretarial studies. One year later, he became professor of Methodology. In 2011, Pastor Elizé was appointed as Dean of  Student Life. In 2015-2016, he served as Research Supervisor and currently serves as French Communication Coordinator and Professor of Contemporary Religions and Sociology.