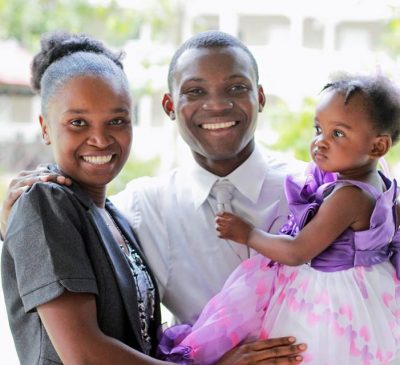 Fanfan Joseph and his wife, Majorie Ambrase, have one child, Nathaelle Hadassah. Fanfan has been serving in varying capacities at Emmaus since 2010. He entered the Emmaus Biblical Seminary as a student in 2004, and six years later he became the librarian of the Seminary and Director of Student Life. From 2012 until 201, he was professor of Old Testament and Vice Academic Dean of Emmaus Biblical Seminary.  He is also Pastor of First Church of God at Trou du Nord!