Founded in 2015, Reaching the Heart of Haiti is a student-led evangelism and discipleship program aimed at the unreached/unchurched areas of Haiti.

From there, participants learn the essentials of being a faithful Christ-follower by discussing angelology and demonology (issues central to the voodoo-animistic culture of Haiti), dealing with temptation and sin, God’s design for the family and home, practical ecclesiology, and faithfulness as a believer.

Upon completing the program, each individual will have not only heard and understood the gospel, but also will have had formation on the essentials of being a faithful disciple of Jesus Christ . 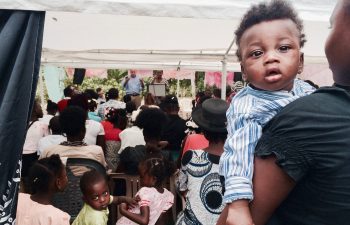 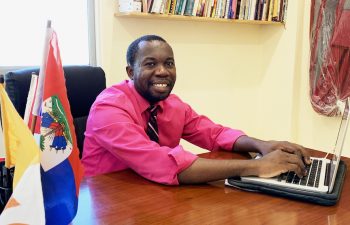 Dr. Lucner, a testimony of praise in the path of a nightmare 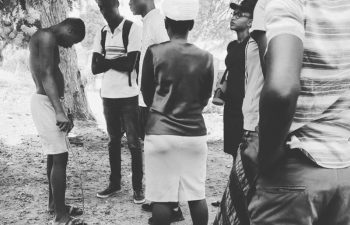 The Valley of Decision

Reaching the Heart of Haiti began in 2009 in partnership between Emmaus University (then called Emmaus Biblical Seminary) and Growth Ministries. Under the leadership of Dr. Charles Lake, Growth Ministries developed a discipleship program for oral learners for the purpose of providing a means to develop full-blown disciples of Christ for those who could not read the Scriptures or do daily devotions due to the challenge of literacy. In 2011, Dr. Lake launched the program through two pilot groups of pastors in both Port-au-Prince and Cap-Haitian, Haiti. The Cap-Haitian pilot group was organized by the leadership of EBS, who also provided facilities for the training process.

After many months of polishing the program, in real-life discipleship groups, the final version of the program was launched in 2013 and has had tremendous impact ever since. The success of the program paired with the passion of the Emmaus University community for reaching the unchurched of Haiti — Emmaus faculty member Jean Junior Cinéas was the primary individual responsible for cultivating this passion within the University community through leading individual church plants and teaching Missiology at Emmaus — resulted in the University President’s vision for organizing an official program within the greater EU ministry that would help facilitate the effectiveness as well as the extended reach of the program.

Help Reach the Heart of Haiti

Sponsor a student church-planting team
Find Out How